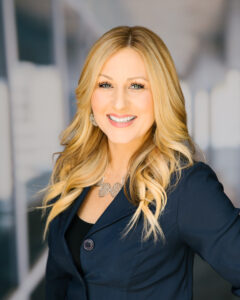 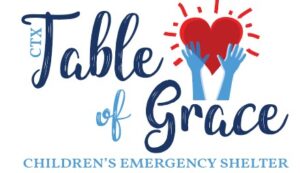 My name is Stacy Johnson and I was a “Foster kid.” I try to refrain from the use of that label, because it has such a negative connotation. The first thing people say when I share that detail of my past is, “You turned out great for being a foster kid!” Wow. I wish we could just get rid of the label altogether.

I was bounced from home to home from the time I went into the system at the age of 2 until I turned 13 and asked my social worker if I could be placed in a group home. I knew that if I went into a staff-run facility, I would be able to stay there as long as I followed the rules and did what I was told. In my experience in foster homes, it was just too easy to get re-placed if the foster family had a life event that affected their ability to care for extra children. I just didn’t want to get shipped off again. My social worker warned me that the group home would be a little bit like jail. My response to that was, “but if I do my chores and follow the rules, I can just stay there, right?”

I arrived at the group home and was a little shell-shocked because, yes, there were a lot of rules, we were required to attend mandatory therapy sessions daily, we had little or no contact with the outside world, and I was living with girls that had been through things that I thought only existed in nightmares and scary movies. I had made it a personal goal of mine to get Legally Emancipated by the age of 15 (freed from the custody and control of the state, essentially being declared an adult by the court.) I knew that I could take care of myself better than I had been taken care of in the system. I expressed this to the group home therapist and he believed in me. They even hired extra staff so I could stay in the home during the day doing independent study for high school and work at night. (I got a job as a CNA at a nursing home in the area.) So…. I didn’t achieve my goal of emancipation at 15. But I did it at 16.

I attribute the achievement of my first major life goal to a few defining moments. The first was meeting that group home therapist who believed in me and taught me so much. The second piece of the success puzzle was a gift I received in the form of a book, called “The Seven Habits of Highly Effective Teens” given to me by the same therapist. I learned valuable lessons from this book that I would never have gotten anywhere else. I also had many supporters, including the Soroptimists who awarded me with a substantial donation to help with expenses associated with moving into my own apartment. Achieving a monumental goal despite all odds, gave so much back to me that I had lost in the shuffle from home to home. Always an outsider and never cared for properly, I lost my self-worth. But someone believed in me, then I believed in me, and I achieved what I had set out to do. I found myself, my strength and my happy place.

I want to help create more stories like mine and prevent the all-too-common story and stereotype of “The Foster Kid.” Together we can!